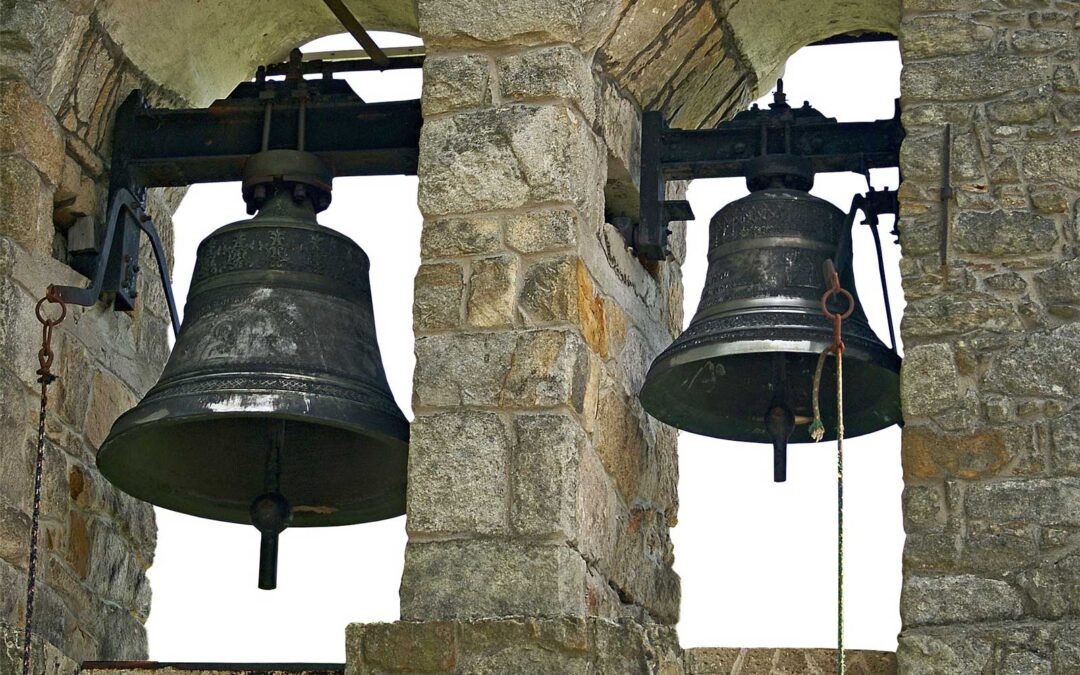 An article was posted in LinkedIn with the title Village church bells silenced after single complaint they are ‘too noisy.’  Beneath the LinkedIn post were comments, all critical of the complainer, who’d lodged the first and only complaint about the sound since the clock was installed in 1910, and who had done so anonymously in June 2021.

The story in Metro UK leads dramatically with “The church bells of a Devon village have been silenced for the first time in their 111-year history because a single person complained,” and the article was filled with angry comments from residents of the English village of Kenton. Beneath the online article, a reader comments section reached the unanimous opinion that a single complaint from an anonymous resident was worthy of contempt.

As the story went to press, the town council was investigating the complaint, and a town resident and bell ringer had reduced the volume of quarter-hour chimes that ring through the night, but the sound level still violated noise regulations. A council spokesperson was quoted saying the church was working to find a solution, including an option to install a mechanism that would stop the overnight chiming.

A few days after the story broke, the anonymous complainer came forward and explained that his family had been awakened at night, especially during a time when his wife was coping with illness. The couple said they were only asking that the volume of the chimes be lowered to within legal limits. The couple weren’t demanding that the chimes be silenced at night, but the church diocese had suggested nighttime silencing if the volume could not be adjusted.

Aware of the local outcry and the vitriol on social media, the couple said that they would like to have had “the chance to talk the situation through” and expressed disappointment that people reacted with anger at the situation “as opposed to reaching out with empathy.”

Two years earlier and 300 miles north, empathy was also in short supply when Reverend David Parry of St. Mary’s Church in Conwy, North Wales asked that the church’s chimes be turned off from 12:00 to 6:00 a.m. The clergyman appealed to the town council to silence the chimes during those hours because the sound made it difficult to sleep – and to get back to sleep, which some people find more challenging than getting to sleep. The vicar also noted that the chimes could disrupt the sleep of tourists, since tourism contributes to the town’s economy. The Conwy Town Council denied the vicar his request.

Conwy council members personally delivered a questionnaire to 400 residents living closest to St. Mary’s Church, and “the majority” supported the chimes – so Reverend Parry wasn’t alone in his thinking, but he was the only townsperson to speak up. Similarly, the family in Kenton was willing to abandon anonymity and speak up, to even voice willingness to “talk the situation through” in hopes of reaching a compromise. These are brave souls. In early acoustics literature on noise and complaint behavior, it became clear that people hesitate to complain for many reasons, including fear of what others will think of them. Sixty years later, people still hesitate to advocate for reducing noise for the sake of their own health and wellbeing.

It is not difficult to find articles in mainstream media that focus on that “single complaint” that caused a noise source to be examined and either adjusted or silenced. Few who are involved in the situations – and fewer who write about them – understand that that lone voice may stand in for other community members who lack the courage to speak up. Aircraft noise “serial complainers” receive a lot of online vitriol, but science shows that frequent complainers do not bias aircraft noise data, and some residents who don’t complain actually consider frequent complainers to be “champions of the community” who speak for them.

In the Middle Ages, church bells rang at night to notify townspeople of danger. In modern times, church bells may summon the faithful to worship, but largely exist as sound marks or heritage sounds whose original function has since passed. For many people, church bells are associated with positive emotions, but some churches have reduced or discontinued bell chiming as a preventive measure with consideration of neighbors.

The family in Kenton and the vicar in Conwy wanted nearby church bells to be made quieter or turned off at night. All seemed willing to talk, and willing to compromise. All had suffered with interrupted sleep. Although their neighbors seemed like tough opponents – some even claiming they would not be able to sleep without the bells – both situations were missed opportunities. Disagreements over sound can be heated and draining. But discussing the issue in person would have been a chance for both sides to learn and grow and find common ground.